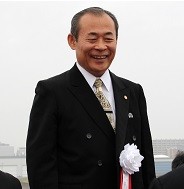 Having a  strong expertise in Defense sector which is the new sector wherein the Indian government is now inviting FDI with open arms, Mr. Hirano, as a business consultant, has been offering Japanese clients his know-how and advice on how to get in the Defense industry in India. In addition to Defense sector, the professional assistance utilizing his own networking connections is offered to many clients in a variety of industries.

・ Advisor for SME’s overseas deployment, The Tokyo Chamber of Commerce and Industry